Of the paths I have taken
Countless, yet
None meaningless

The reward is the light
I have found along the way

This poem is inspired by Wide #midnighthaiku,
both Sue Vincent’s haiku and her photo.

A friend you’ve never met
shares,
and you are the better for it.

Vision, with an eye for detail,
provides inspiration.

Vision regarding history
offer an interconnectedness.

Vision of the earliest moments
becomes a portal to the future.

And though still obscure,
as the final moment approaches,
a friend you’ll never meet
is willing to share it.

This nonet is my response to Poetics: 9 across for a count down,
the prompt from Laura at dVerse ~ Poets Pub, which is to write
a nonet starting with one of four given lines from poems about September.
The line I have chosen, “Broken shadows across the cracked ground,”
is from To the Light of September, by W. S. Merwin.

This Is the Life

Locks shorn in my late twenties,
worn that way till I retired,
I thought about letting them grow,
knowing I wanted a ponytail
but not wanting to wash the dust
of loading docks and freight yards
out of it every night. Then came the day.

No work and all play, and my hair
was here to stay. But I wasn’t.
Behind the wheel of one more truck,
filled with what was left of my life,
I drove cross-country to be with she
who would, one day, be my wife.
Her fingers run through my hair,
and I know I have found happiness. 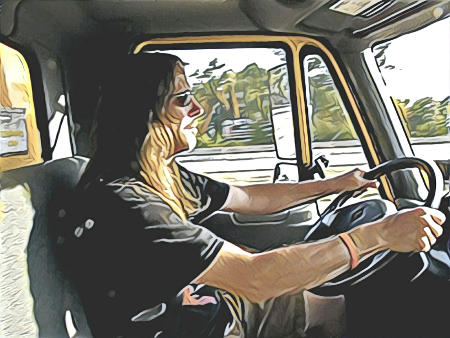 This is my response to Come and take a selfie! – the prompt from Sarah at dVerse ~ Poets Pub, which is to write a poem about ourselves. For a bonus, here’s a limerick:

This gogyohka is my response to
Colleen’s 2020 Weekly #Tanka Tuesday
#Poetry Challenge No. 192 #ThemePrompt,
where the theme is maps. 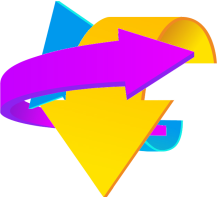 This course I follow, this path
that would have one ultimate destination,
one kept from me till my final day,
has had no direct route. It has gone
in circles, from here to there and sometimes
back, as I bumble my way through life.

This is my response to Quadrille #110: Shall we bum around a bit?, the prompt from De Jackson at dVerse Poets Pub, which is to use a form of the word bum in a 44-word poem, with no required meter or rhyme.

We would never get any more from it than we had. Opposites may attract, but the simple truth is that time catches up, and we had to accept that the prospect of reward was long gone from our relationship. The one long-lasting reward, of course is our children. That can never be taken from us. But comfort and satisfaction from each other will never be ours, and it was time to recognize that.

It was time to move on.

This bit of flash fiction is my response to Prosery Monday: A Time, presented by Merril at dVerse ~ Poets Pub. With Prosery, the challenge is to write a piece of flash fiction with a 144-word limit. Included in the bit of prose is to be a complete line from a poem. My flash fiction also meets the additional challenge of hitting the 144-word mark, exactly.
.For this prompt, the line to be included is from “A Time,” by Allison Adelle Hedge Coke. (the complete poem can be found here)

“when it is over said and done
it was a time
and there was never enough of it.” 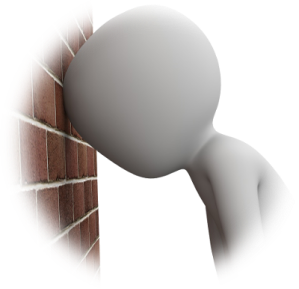 Where is the sense in all this?
Head/wall.
Nothing but circles, this particular circle,
and it’s growing old, fast.
It’s pretty hard to get into specifics
when there are so many specifics.
We all have problems, but it’s time
your problems were yours,
and not mine. Speaking of mine,
I ask myself, where is my head at?
Here.
When I wish my thoughts were elsewhere.

This is my response to MTB: Stream of Consciousness Writing, the prompt from Grace at dVerse ~ Poets Pub,which asks us to write a poem by emulating “the passage of thought through your mind without any inhibitions. For that reason, sentences become longer, less organized and more sporadic in style.” Sorry, but once I started it just flowed. Unfortunately, these is where my head was at. I wrote for five minutes, and this is what came out. Wonder what it looked like? See below. I suppose it could have been a prose poem, or simply a rant. 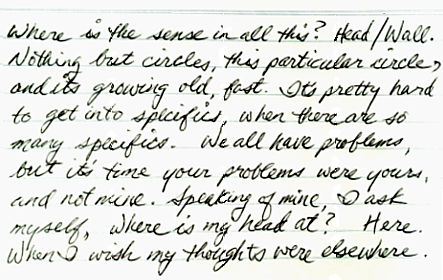 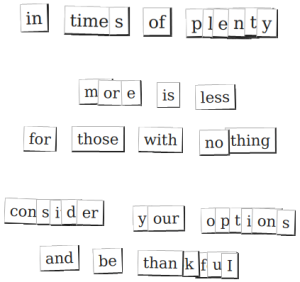 In Times of Plenty

More is less
for those with nothing

Consider your options
and be thankful

Tangled with the Bramble

Mother to son, time
together at the end

Tangled with the bramble
of divorce slowly playing out

This is my response to Quadrille #108: Among the Brambles —
the prompt from Linda at dVersePoets Pub, which is to use the word bramble
in a 44-word poem, with no required meter or rhyme.