Poetics: travels in the wild, the prompt from Sarah at dVerse ~ Poets Pub, offers seven lines from “Surfacing,” a book of essays exploring the natural world and different histories by Kathleen Jamie, with one of those lines to be used as the title of a poem.

Those lines are:
• Travelling in the wilderness
• She said if a red fox had crossed somewhere, that area was safe
• They say only the south wind flattens grass
• We are teachers to our grandchildren
• Lead dogs are very smart
• Squirrel hunting in the mountains
• A story of when the ice detached and the people floated away

Let’s call my response a stream of consciousness. 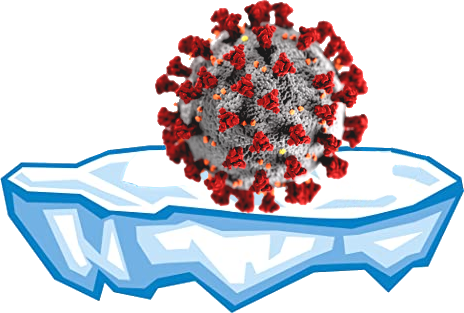 Fear not, for this is merely a matter of conjecture and prognostication,
one that could come to pass given the habits and tendencies
of people when restrictions are placed upon them,
such as food rationing and curfews meant to restrict movement
that might make them the targets of an enemy during a time of war.

Not that that would ever happen or be willingly accepted
by a populace as a matter of pride in a joint effort to end the loss
of life to matters completely out of their control with an end result
of victory over a force that threatened the entire world.

Yes, this is about the restriction of movement, if one considers
maintaining safe distances as a means to limit the hardship
of others when close quarters may mean the difference
between suffering a great loss and the eventual freedom
to move about freely once the crisis has passed.

But this is not about food rationing, unless one considers the inability
to socially gather at either fine dining or fast food dining
establishments as the establishment of food rationing,
regardless of the availability of food at home,
despite, or as the direct result of, the hoarding of essential items.

What seems to plague the people of this tale is masked in the vanity
of people determined to do as they please and in an exaggeration of the loss
of freedom in the face of an economic hardship that would have been weathered
in the past by a determination to bring and end to that hardship.

And so the tale is simply this.
In a cold-hearted world, where the efforts of the people
might be seen as less demanding than during times of war,
where little thought was given to the health and safety of others,
and where simple sacrifices were disdained,
the ice detached and the people floated away.

late freighter
end of the season
ice to come

This haiku is my response to Colleen’s #Tanka Tuesday
#Poetry Challenge No. 205 #Poet’sChoice.

There is an ethical chasm
carved across this great land.
Should any man
abide by these standards,
the principles so clearly expressed
by the one some would call president,
pray that he sees the error of his ways
and follows a more righteous path.

This is my response to dVerse – Quadrille 117 – The Dude Abides,
the prompt from Lisa at dVerse ~ Poets Pub, which is to use a form of the word
abide in a 44-word poem, with no required meter or rhyme. 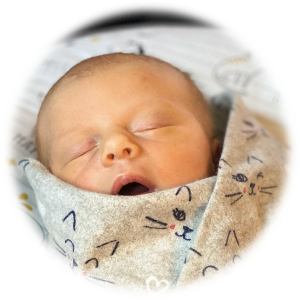 The Gift of Miles

A gorgeous whitewater free fall
Of cascading emotions
Joy in waves that embrace
The blue overhead
Sky, water, and souls
In a shared presence
Always welcome
A warm embrace on my return

I left home on November 1st (after casting an absentee ballot) (and after testing negative for COVID-19) for the 900 mile drive from Missouri to New York, so that I could see my new granddaughter, who was born on November 18th. A stop in Cleveland allowed me to see my granddaughter there, and a second COVID-19 test in New York allowed me to visit free from quarantine. In addition to seeing family, I made sure to visit some of my favorite sights around western New York, including the Niagara River and Lakes Erie & Ontario. Of course, the drive home allowed me to see my granddaughter in Cleveland once again, and I arrived home 23 days after my original departure, having driven 2400 total miles.

For most of my life, I lived within ten miles of one of the most magnificent bodies of water known to man. Its combination of splendor and power never ceases to amaze me, though I’ve visited it hundreds of times. I see it far less often since moving away eight years ago, but seeing it this month for the first time in nearly a year was no different. From the rush and fury of the rapids above the falls to the roar of the water as it tumbles beyond the crest to the gorge below, the Niagara River at Niagara Falls once again took my breath away.

This haibun is my response to Haibun Monday: Being But Human,
from Kim at dVerse ~ Poets Pub, with the prompt to write a haibun
inspired by a moment “in nature that left you with a sense of wonder or awe.”

eagerly waiting for her cousin

I have chosen to write a Gogyohka (5 brief lines in keeping with the tradition of Japanese short verse) to response to MTB: Jisei (Japanese Death Poems), the prompt from Frank Tassone at dVerse ~ Poets Pub, which is to write a haiku, senryu, tanka, kyoka, or Gogyohka that reflects on
imminent death – and the significance of life in light of it.

We welcome a new granddaughter who entered the world last night. Mother and child are doing well and will be home tomorrow. Once I actually get to meet her this weekend, I will spend two days driving home early next week, including a visit with my two-year old granddaughter in Cleveland.

Mom with her dad (back when)

The Light in Your Eye

An absence of color
that brings my world to life?

Or the light that seems
to emanate from your eye?

All of these in a fluke of lighting,
a software glitch transmitted
from your cell to mine.

This poem is my response to Poetics: Look into my Eyes, the prompt from Mish
at dVerse ~ Poets Pub, which is to “Incorporate the theme of eyes into a poem.
Write about the eyes of someone close to you, your own eyes
or those of a fictional character.”

The image, a photo sent to me by my wife in our early days,
is one of the wallpapers on my phone. (without the text, written today)

This is my response to Quadrille #116: Poem Those Possibles,
the prompt from De Jackson at dVerse Poets Pub,
which is to use a form of the word possible in a 44-word poem,
with no required meter or rhyme. 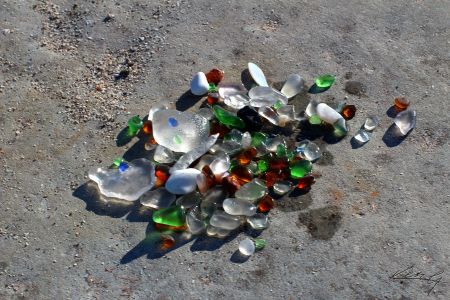 Or silence the voice that is the beauty within

Water and stones sift through my fingers

And that beauty shines through

Have their say, then retreat

What are numbers, but a manipulation of the facts?
You can make them say what you want,
and what you want is to place restrictions on our liberties.

So they thought, as they ignored the numbers.

And so they fell ill, adding to the very numbers
they had chosen to ignore. Some felt vindicated.
Their survival was all the evidence they needed.

And those who fell by the side, never to rise again?
They were nothing more than numbers to be used
by those who were trying to rob them of their freedom.

This is my response to dVerse – Poetics 428 – Poetry as witness, the prompt from Peter Frankis at dVerse Poets Pub, which is to write a poem that bears witness to local happenings.

Missouri continues to be considered a Red Zone state, with COVID-19 positivity rates far above acceptable levels. Those who express concern for transmission seem to be in the minority, and the numbers continue to rise, as many people in my area ignore mask recommendations, wearing them only when required by a shop or store. In a county of 60,000 people, there have been more than 4,000 cases of COVID-19. Of those people tested, the state has a positivity rate of over 20%.

I tested (negative) prior to traveling to New York, then quarantined and tested again (once more negative). As I stay “out of circulation” during my stay here, I feel safe in visiting with my daughter before she has her child next week, and following that when I see my new granddaughter.

After that? Well, after that I drive back home to a hot spot where people seem content to ignore the numbers that continue to rise.