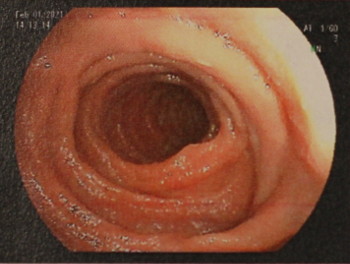 Severe iron deficiency seems to be the reason for my shortness of breath during the past few months. An iron supplement only serves to help me maintain those low levels, so I’ve had several “scopes” in the past eight weeks to determine if there is any internal bleeding from my colon or small intestine. One of them was a capsule endoscopy. I swallowed a capsule/camera that took thousands of photos of my small intestine. That provided enough evidence to suggest both an upper and a lower double-balloon enteroscopy. The lower enteroscopy is scheduled for next week. I had the upper this afternoon, which showed no irregularities. The worst part of recovery is the severe sore throat from being intubated for the procedure. It looks like it’s soup for me for the next day or so.

Meanwhile, it’s official.  I’m a poet.  While coming out of anesthesia and still groggy, my first thought was to write a haiku.

in recovery
after enteroscopy
haiku reaction

I’ve found a recording of another poem I wrote
as I woke from anesthesia, so I’ve posted it here.