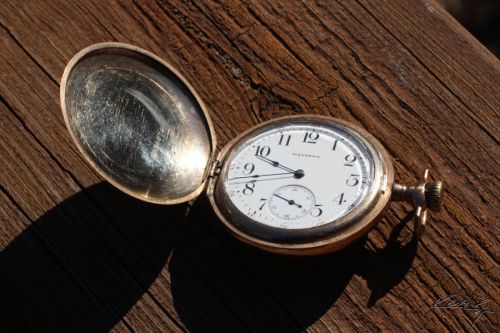 Not Just Any Watch

This is not a timepiece held by just any man.
His later life an escape to simple times and the bottle,
it graced the pocket of your father’s jeans
and marked the hours as he worked by your side,
toiling in farm fields after your mother’s death.
And later, it measured the hours of tavern time
till we would pick him up and drive to Aunt Ginny’s,
his home in his last years far from those fields,
never recovering from his loss. Measuring
his life, short as it was, it passed to you,
its black shoestring of a watch chain lasting
even through the years it served you. It passed
from your hands to mine, a reminder
of the hard years of your youth, a witness
to the life you achieved through hours of hard work,
a testament to the power of time to heal.

This poem is my response to Poetics:Object Poems, the prompt from Mish at dVerse ~ Poets Pub, which is to write a poem beginning with “This is not a ______” and centered around an every day object, sparing the details of the object and instead showing the connection that it has made or what it represents.

Image: the pocket watch that once belonged to my grandfather, and then my father.

43 thoughts on “Not Just Any Watch ~ with audio”