The Third of November 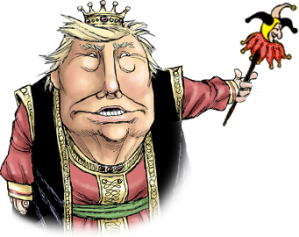 In a vigil to rival All Hallows’ Eve,
skulls of saints will scream in agony
at the slime pigments cast upon
election results by the fool
known as The Clown in Chief
as he casts his scepter as a crown.

The pellucid quest that follows
will underscore the truth
buried by the dim accuracy
of his claims of victory,
granting the solitudes wish
of the multitudes upon his soul.

This poem is my response to Poetics: The charms of Samuel Greenberg, the prompt from Laura at dVerse ~ Poets Pub, which is to write a poem using five of these phrases
from Samuel Greenberg’s “The Pale Impromptu”:

30 thoughts on “The Third of November”