Moon Over the Hollow

Never winter. Yes, we would
gaze at the moon, feel its glow
off the snowy fields, but never
while sitting around an open fire.

The warmth of the wood stove was too enticing
for that. Summer and fall were the times.
Whether glowing coals were stretching
the heat of an August day long into night

or crackling flames were staving off the creeping
chill of late October, we could look skyward
in awe at the Milky Way and watch
that magnificent orb as it cleared the ridge.

Sitting at the edge of the wood,
watching it rise over the valley, did we
even know about super moons
in those days?

Or did we just know, as we tried to touch it?

Today’s full moon (January 31, 2018) is the third consecutive “supermoon.” Being the second full moon in January makes it a “blue moon.” To complete the trifecta, it’s also a “blood moon” in parts of the world that get to experience a full lunar eclipse (central and eastern Asia, Indonesia, New Zealand and Australia). The eclipse filtering out blue light lends a red hue to it. This is the first time a “super blue blood moon” has occurred in 150 years.

During the eighties we would visit my parents at their retirement home in the country. Sitting around an open fire, the night sky was a special treat. 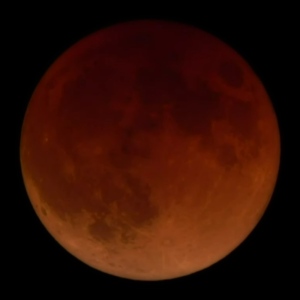 14 thoughts on “Moon Over the Hollow”